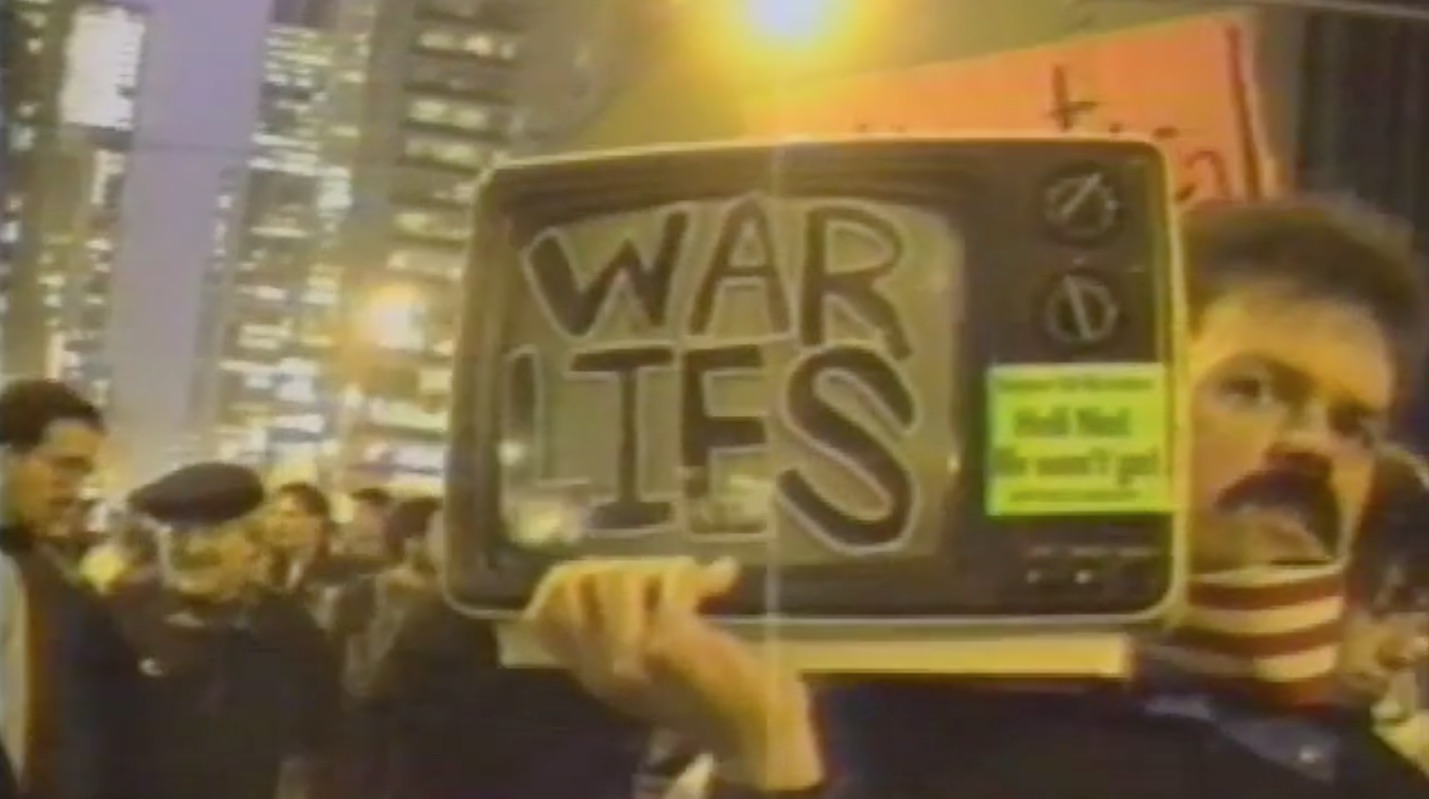 Sticky Impulse: In with the Old

This edition of Sticky Impulse restores media from three decades past, by activists, artists, and the religious right. These videos illustrate how propaganda and mainstream media shaped public opinion of U.S. involvement in the Middle East and LGBTQ2S+ communities in North America. As current politics reverberate with echoes of that era, an artist’s fanciful epilogue captures the zeitgeist as a new decade dawns.

News World Order
Deep Dish TV, 1990, 30:00, USA
This episode of The Gulf Crisis TV Project looks at the media’s reaction to, and implication in, the Gulf War, and national media activism opposing the U.S. involvement in the Middle East.

The Gay Agenda
The Report, 1992, 20:00, USA
Produced by the Springs of Life Ministries in California, and distributed by many Christian Right organizations, this is the first of four anti-LGBTQ videos that fueled evangelical homophobia. On the up side, it contains some of the most transgressive Pride parade action making it a must see for those who’ve only experienced 21st century parades.

Neil Bartlett: Pedagogue
Stuart Marshall, 1988, 11:00, England
Performance artist Neil Bartlett plays a school lecturer who betrays his sexual orientation when the videomaker asks him to describe the contents of his briefcase. This video was produced in response to homophobic legislation in Thatcher’s England.

A Message
Clark Nikolai, 2013, 5:55, Canada
Members of royalty inform the citizens of an impending arrival.