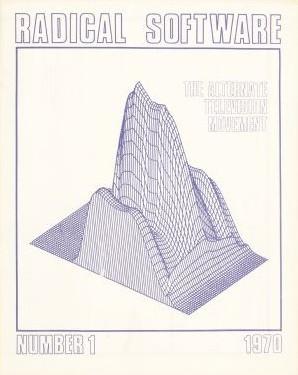 This month’s edition of No Reading at VIVO, is in dialogue with the Movable Facture exhibition and parallel programming–and the research residency of Allison Collins, from which these happenings emerge. As stated in a write up for the exhibition, it involves “research into the material nature of video as a moving image medium.” If it can be said that all the works in this exhibition bear something ‘materialist’ or ‘structuralist’ in their approach, it is clear that the works take this turn in several different directions. A discussion of the ‘essence’ or materiality of video has arguably remained much more hazy and amorphous than its correlate in film, where the concept of structuralist film has been fairly stable and fairly articulated for almost as long as video, its younger sibling, has existed.

At some point Allison passed me an article by Rosalind Krauss from 1976 called “Video: The Aesthetics of Narcissism.” Whilst this piece eventually lands on a field of video practice that would prove to be much more narrow than what video has become (and was, even at the time), in her opening, Krauss writes this, which I found quite interesting and still relevant: “Yet with the subject of video, the ease of defining it in terms of its machinery does not seem to coincide with accuracy; and my own experience of video keeps urging me towards [a] psychological model.” Whether this observation is strictly accurate is less interesting to me, than the tendency to make it: what is it about video’s situation in our lives that would cause Krauss (and perhaps others) to write such a thing?

In keeping with the spirit of open-ended research that is pronounced elsewhere in Movable Facture, we will look at excerpts from a handful of texts, written throughout the 1970s, that give early impressions, analytical and otherwise, of video as an emerging artistic and social medium. Alongside the aforementioned Krauss article, which appeared in the inaugural issue October, we will look at texts published in Radical Software, and Parachute. The former was a journal strictly devoted to video, founded in 1970 in New York by members of the Raindance Corporation. Parachute was a bilingual contemporary arts journal that published out of Montreal from 1974 to 2006. The pieces sourced from Radical Software are “The Videosphere” (1970) by Gene Youngblood, and “Aesthetics of the Portapak” (1974) by Phillip Lopate. The pieces from Parachute are “Video Has Captured Our Imagination” (1977) by Peggy Gale, and “Use and Misuse of Videotape in Europe” (1977) by Maria Gloria Bicocchi.

Alex has been involved with VIVO for several years, in many capacities, including video restoration, installation, distribution, and various programming endeavours. He also programs experimental radio for Soundscapes on CFRO. He has a degree in film studies and comparative literature from the University of Alberta.