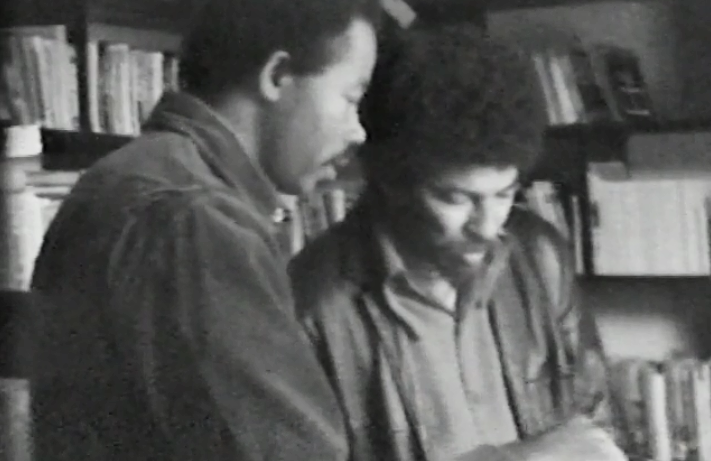 Messages from the Revolutions(s) features anti-racist and anti-fascist communiqués and speeches by US activists recorded and circulated through underground and non-conventional channels in Canada in the early 1970s.

Messages from the Revolution(s) features communiques, interviews and speeches with and from organizations and activists associated with the American Indian Movement, Black Panther Party International Division (Algeria), Dialogue: Conspiracy and People United to Save Humanity.

The Bust of Timothy Leary
Eldridge Cleaver, Guy Pignolet 1971
Recorded on September 12, 1971, at the compound of the Black Panthers in exile in Algeria. The video explains the decision to place Timothy and Rosemary Leary under house arrest.

Mae Brussel: Conspiracy
Sue Fox 1972
Mae Brussell was one of the most prolific anti-fascist political researchers of the latter half of the 20th Century. She lays out her ideas, research and other publications on the subject of conspiracy and links between Watergate, the CIA, American political assassinations, oil, NASA, NUKE, fascism, violence activists, and the visible/invisible U.S.A. government administration.