VIDEOGRAPHICS was curated by media artist Paul Wong from the Archive on the occasion of the centre’s 40th anniversary in 2013. Wong’s homage recalled the original 1973 poster wall created by Michael Goldberg at 261 Powell Street, the homebase for Video Inn (The Satellite Video Exchange Society) from 1973 to 1986. These were critical years in the organization’s development as a leading center of independent media and video art. Wong was one of S.V.E.S.’ founding members and a mentee of Michael Goldberg, whose social, political and aesthetic influence on the Society was crucial to its future trajectory.

VIDEOGRAPHICS is a first helical scan of VIVO posters and graphics, a process of recording and creating digital memory. Far from nostalgically rewinding and pausing on the past, this mixed media installation conveyed the traces left by the analog era in its transition to the digital world.

Video Component of Videographics
The video produced for this installation, and projected as a component of the poster collage, features Wong’s recollections of the events and artists central to VIVO’s history. Touching, smelling, reframing, zooming in and out of the printed paper surfaces allows the emergence of their stories as well as the  first questions about their preservation. 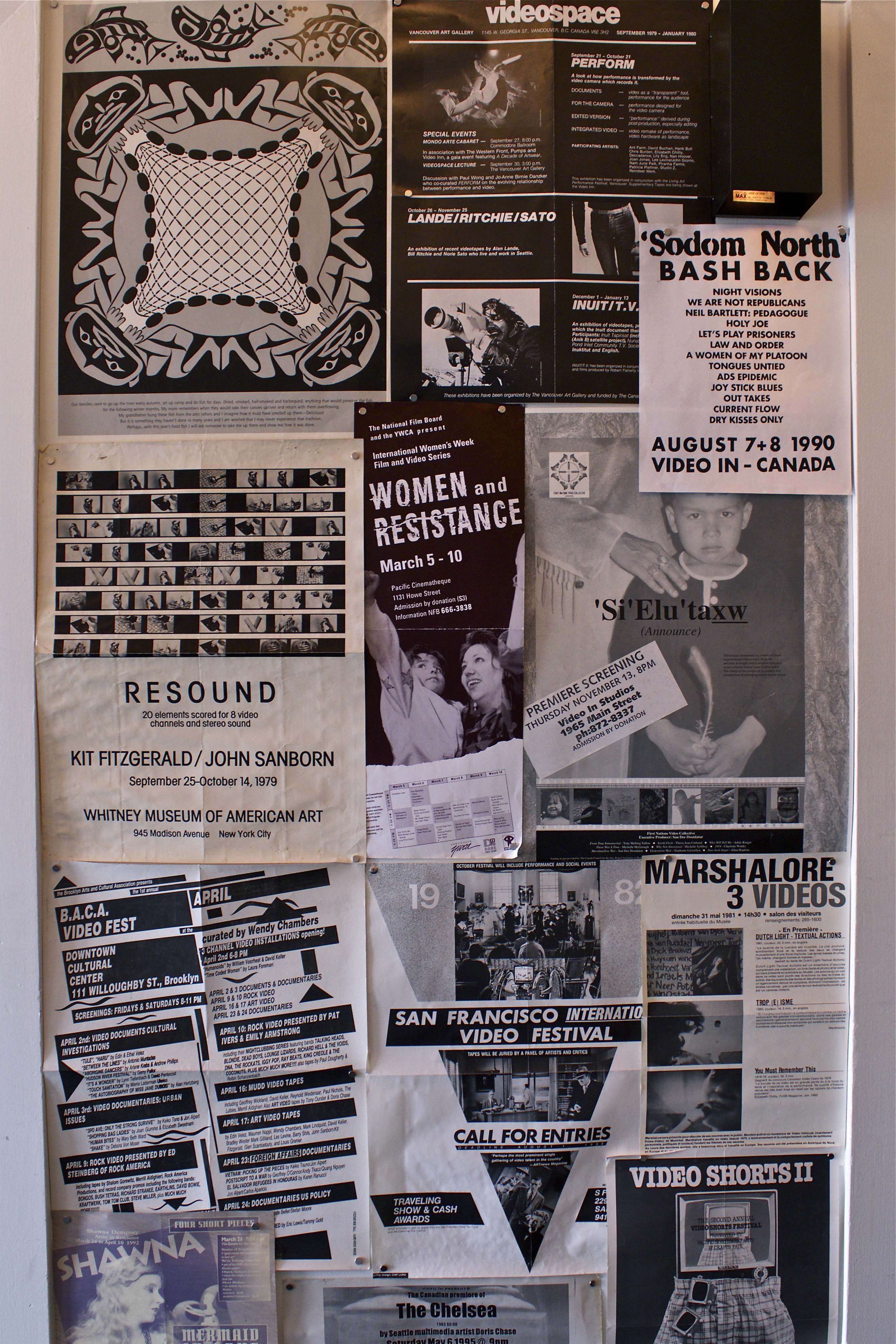 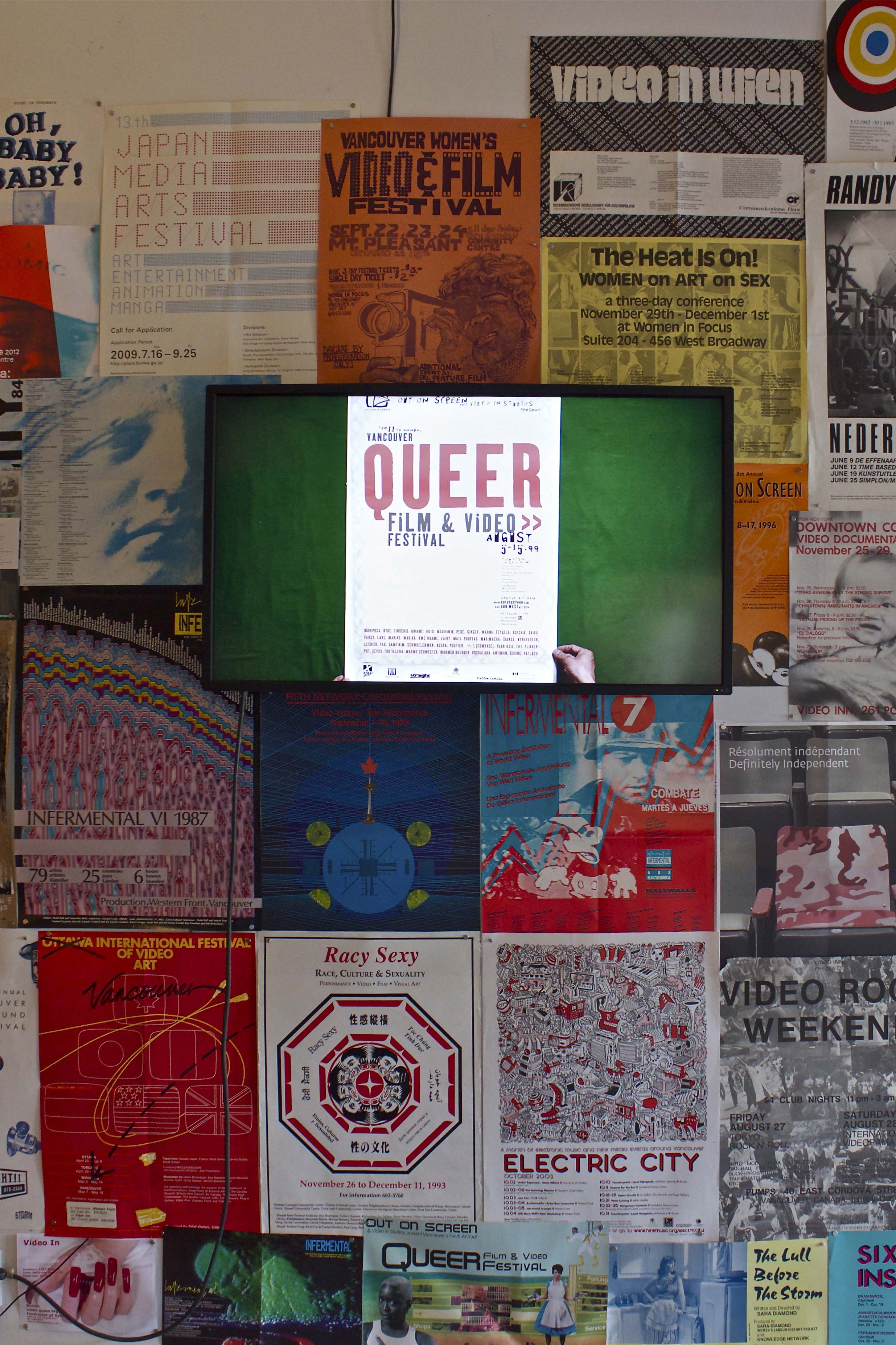 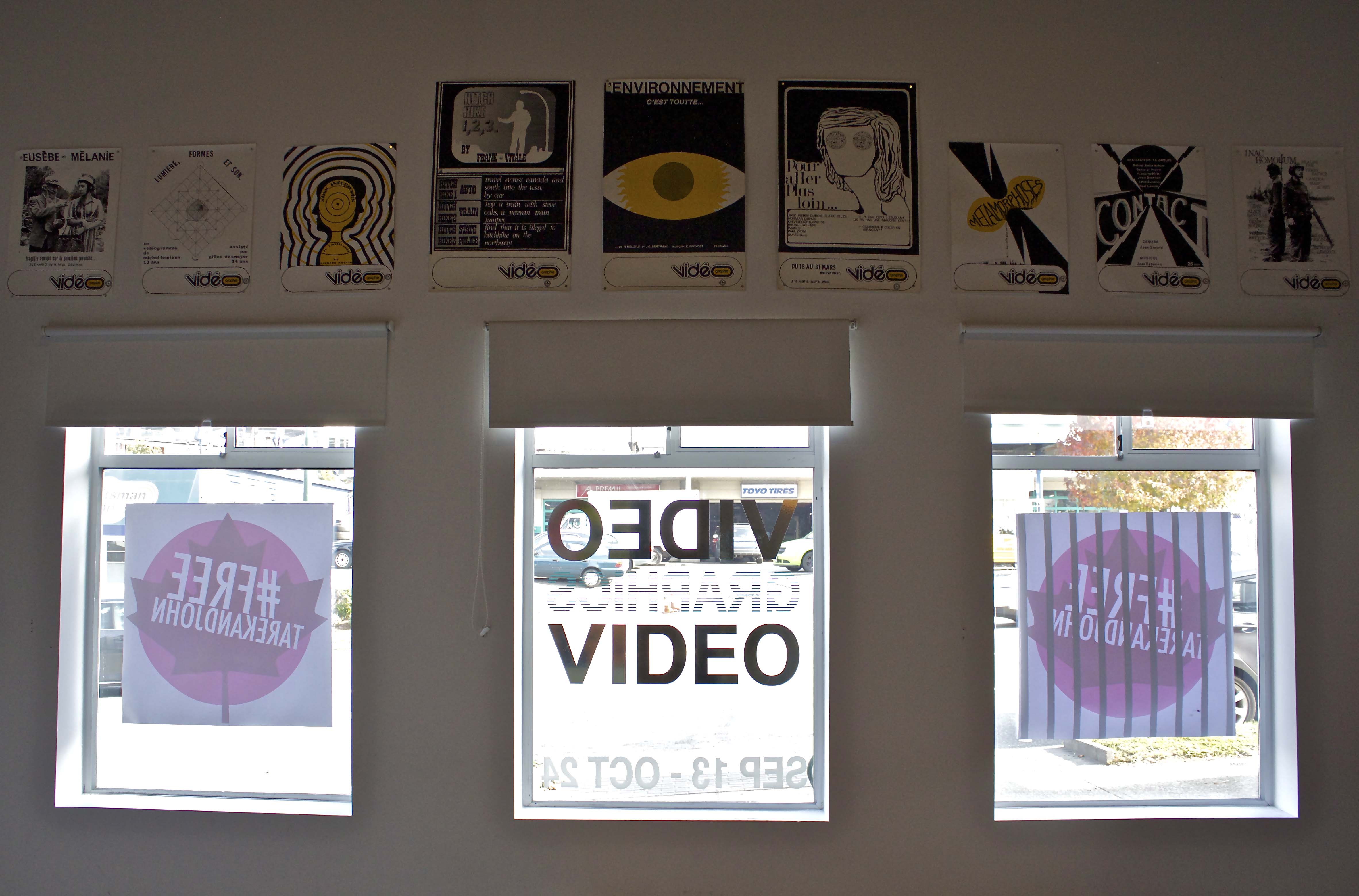 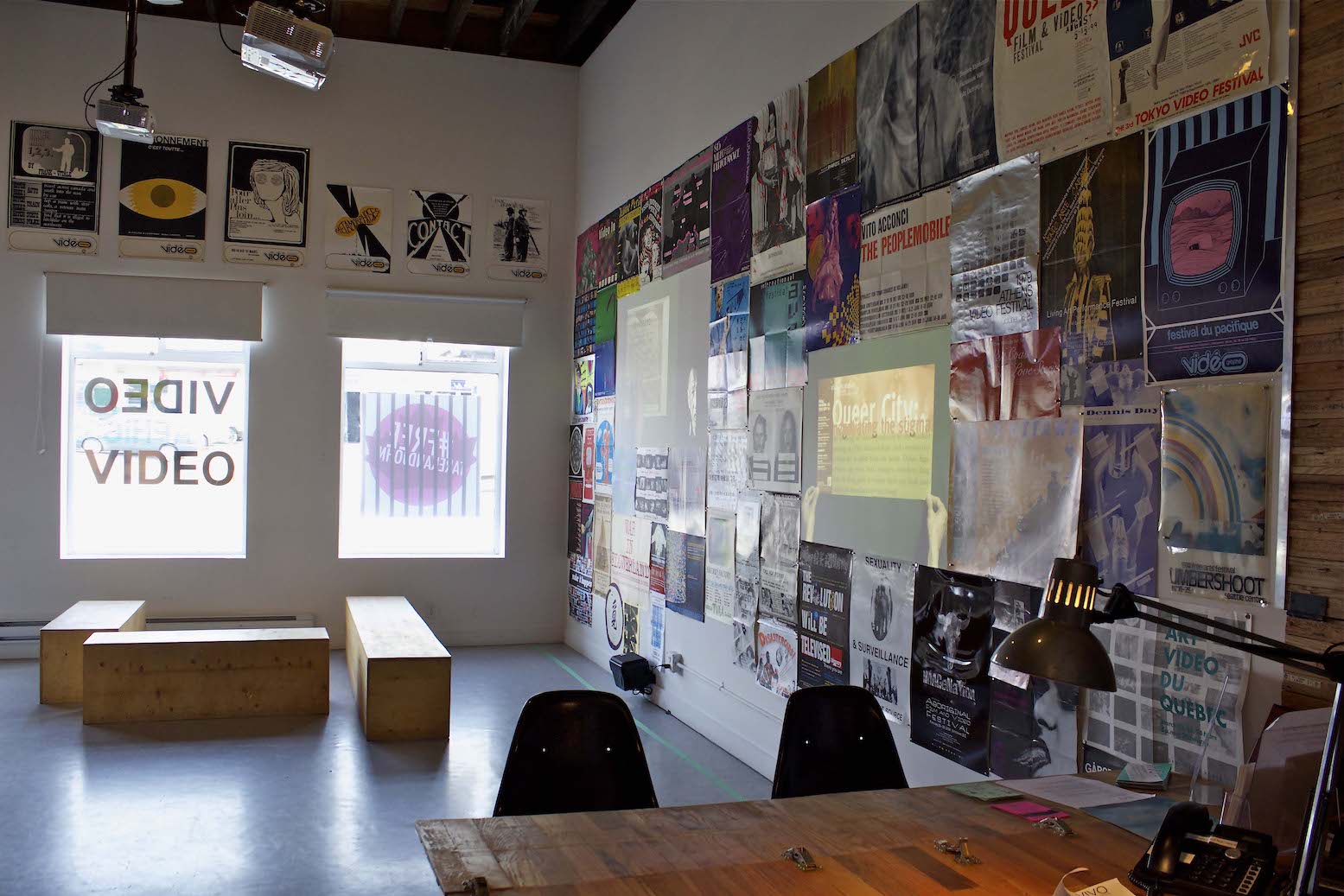 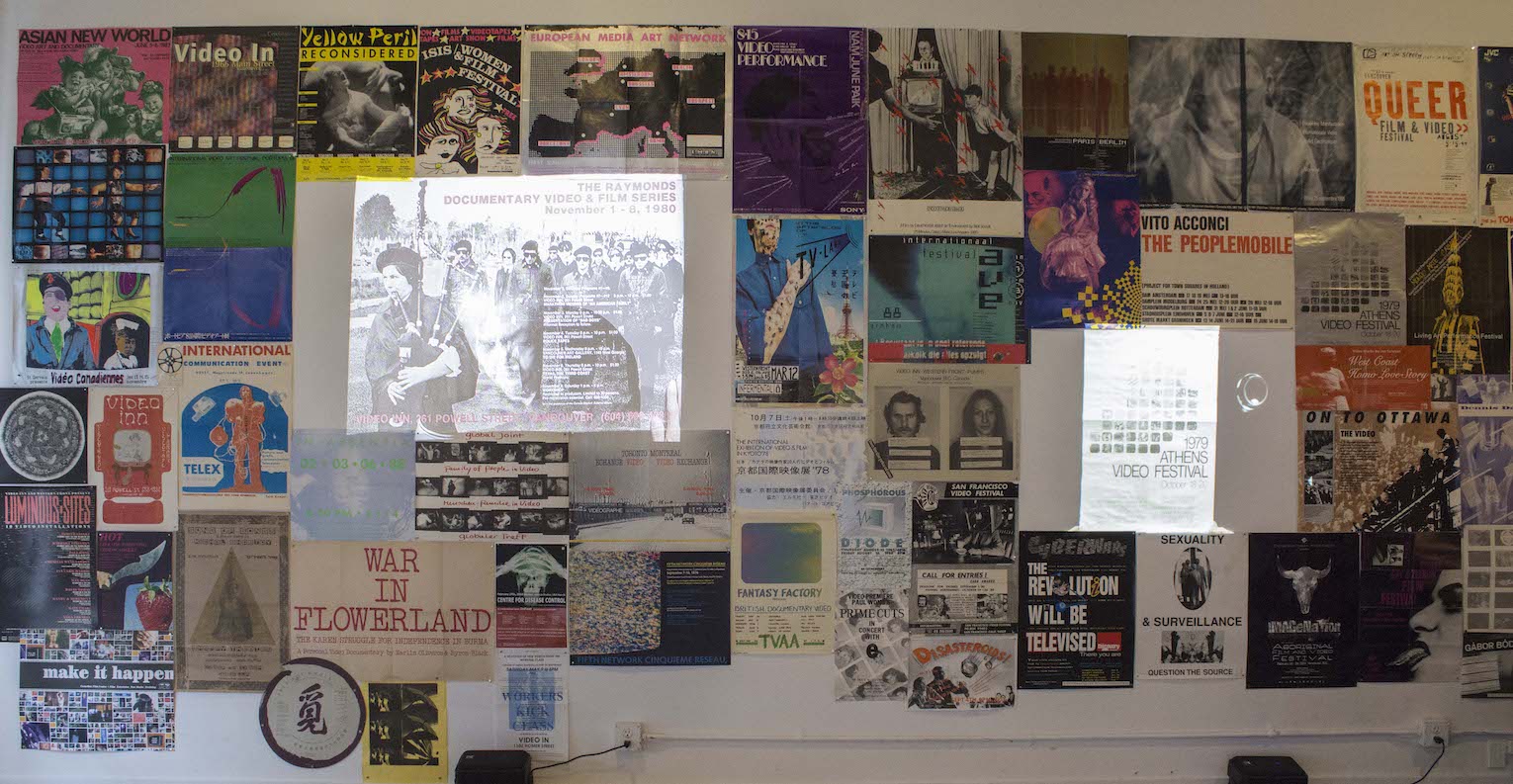 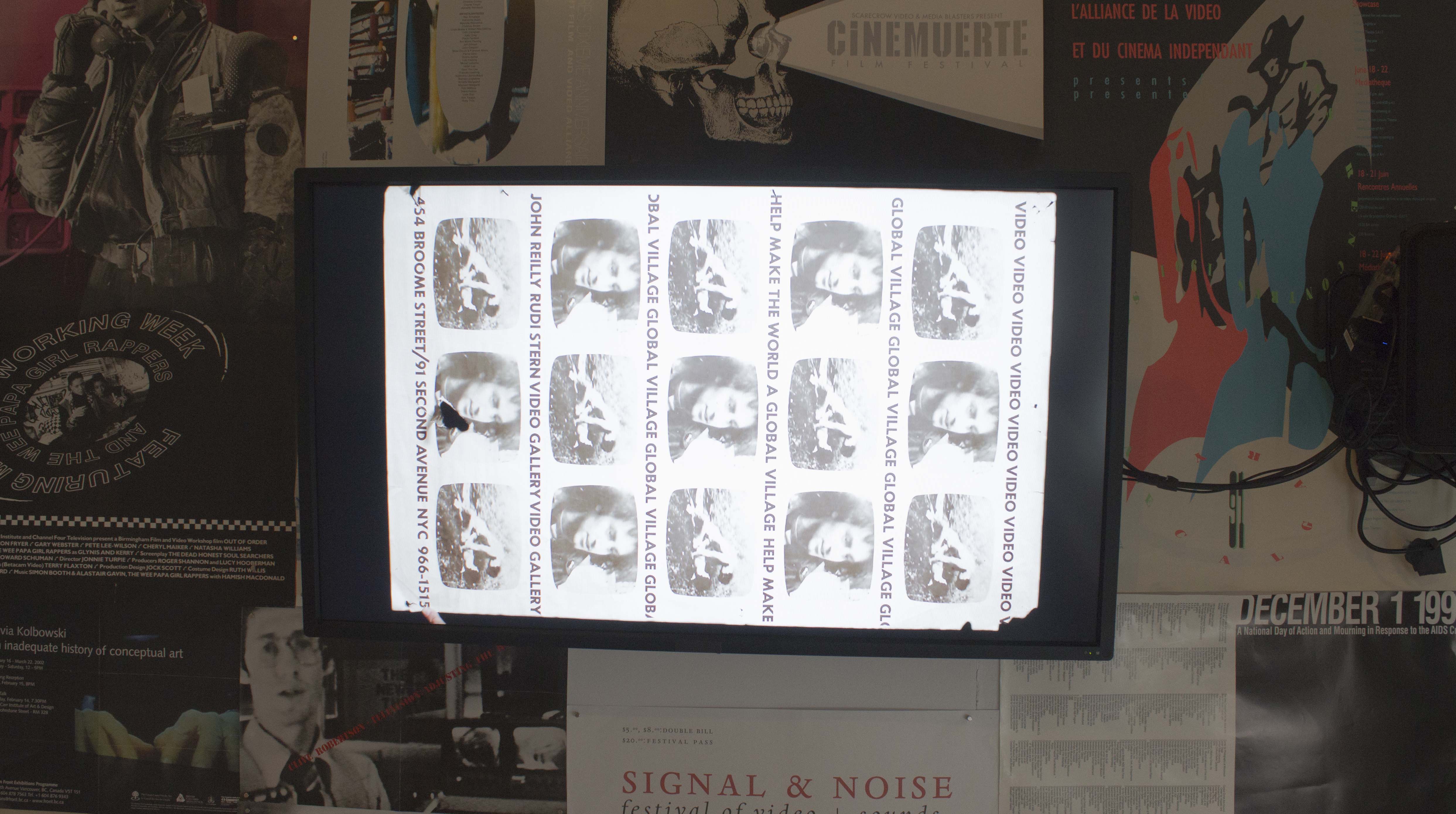 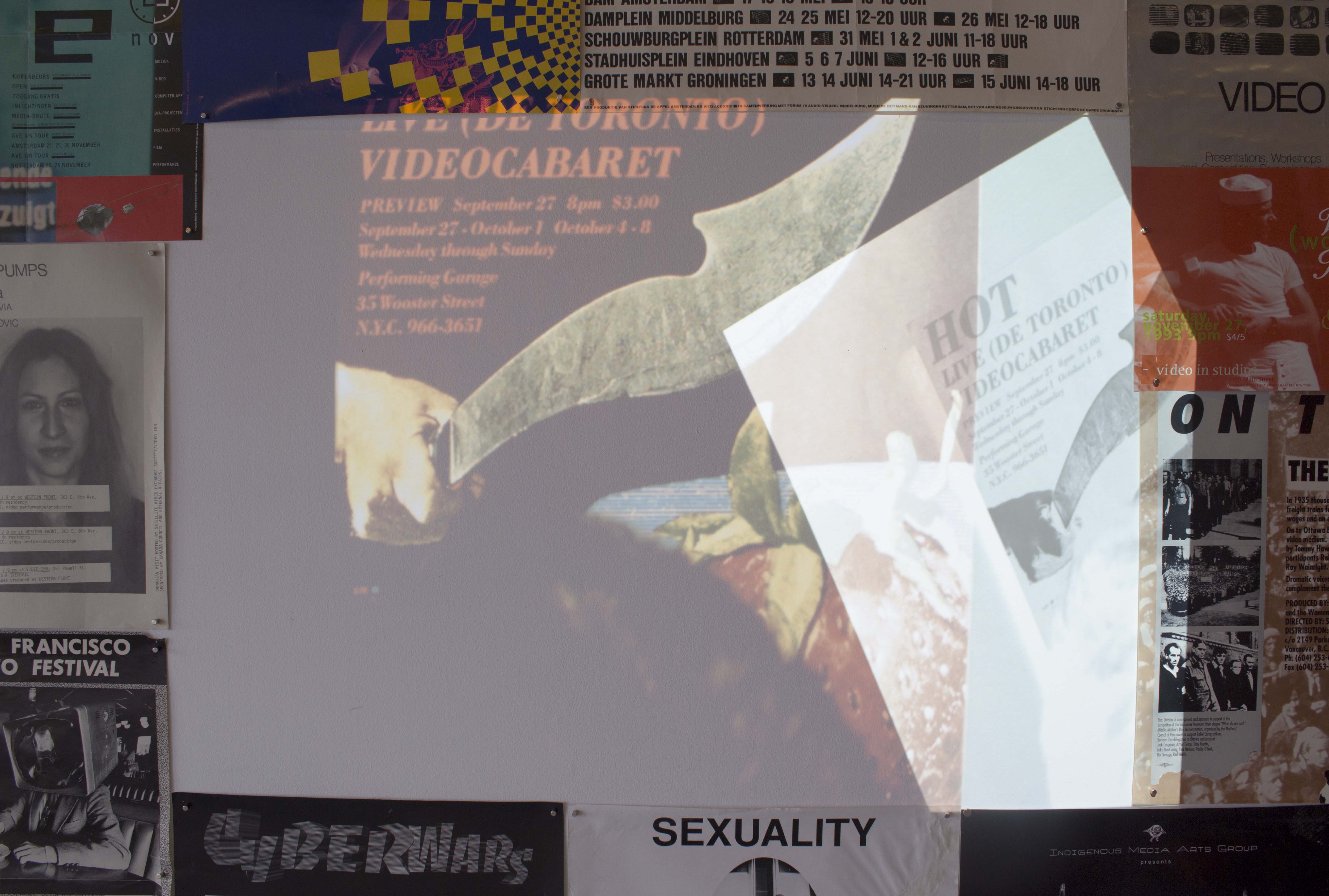 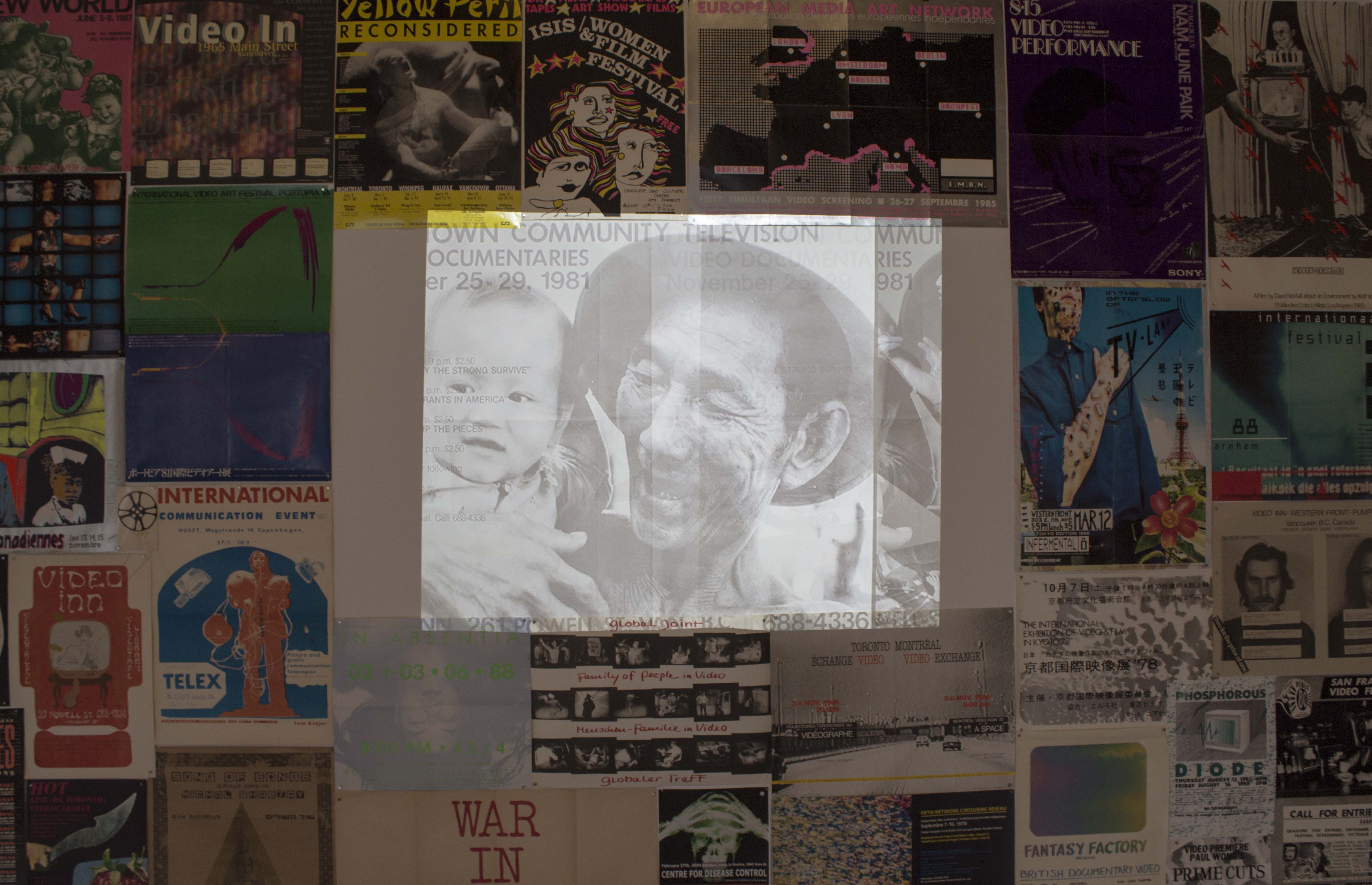 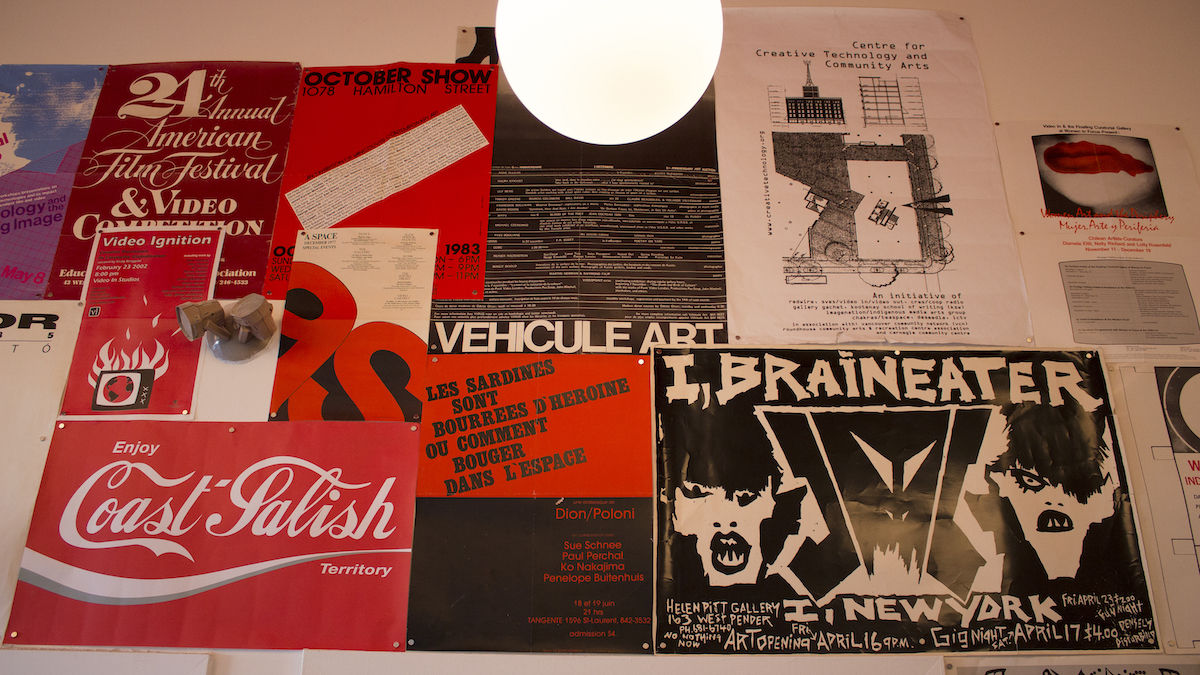 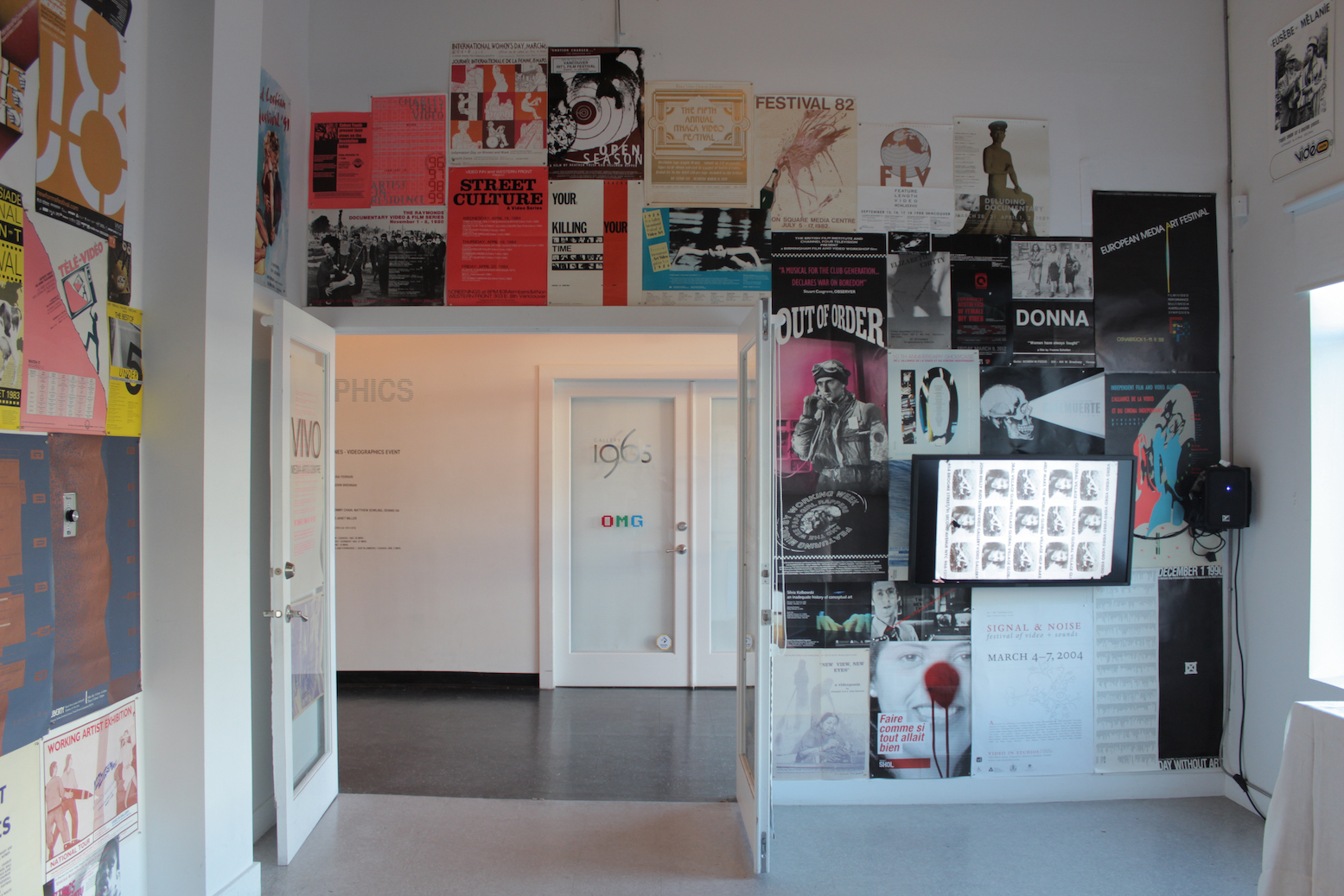 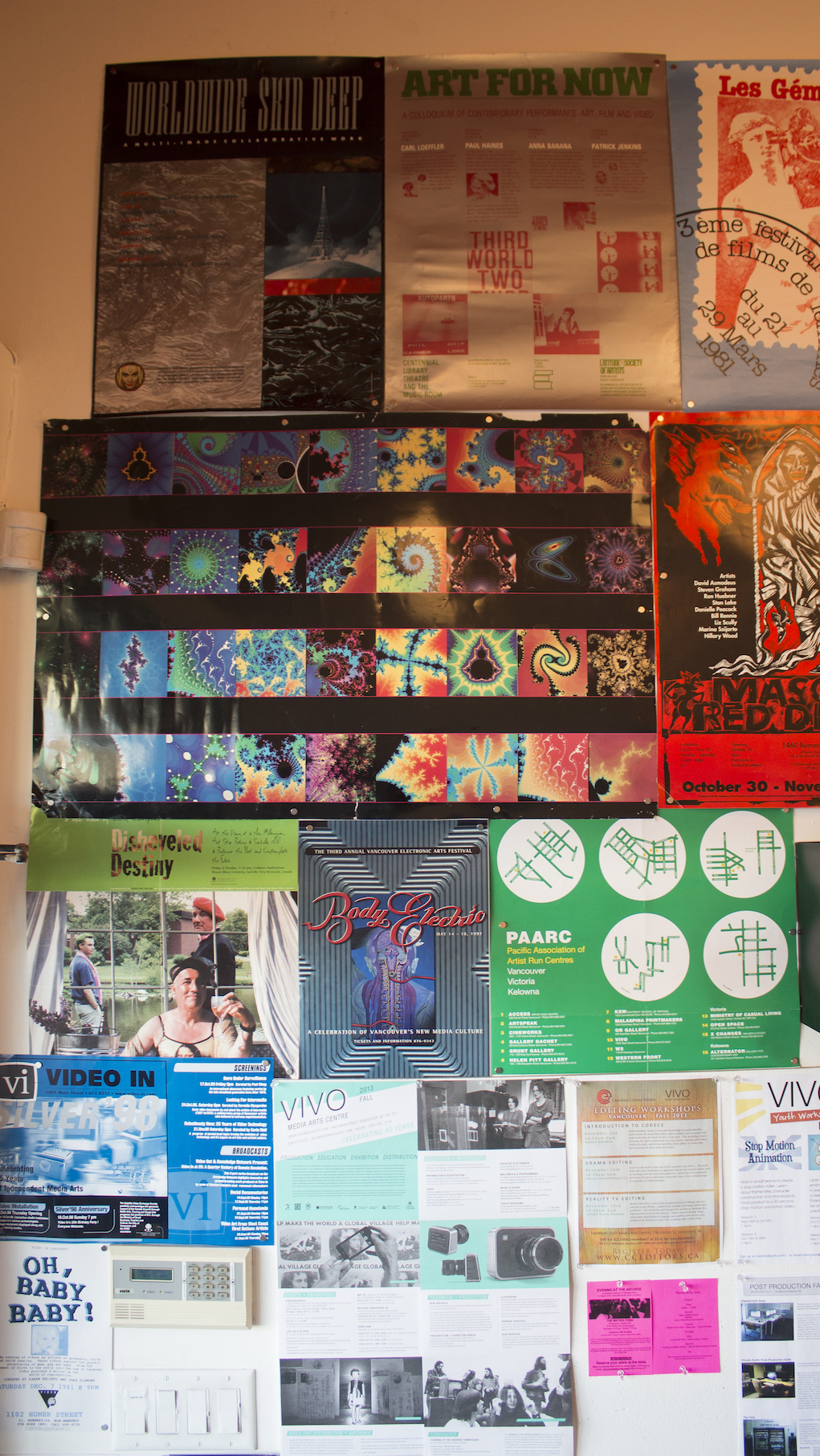 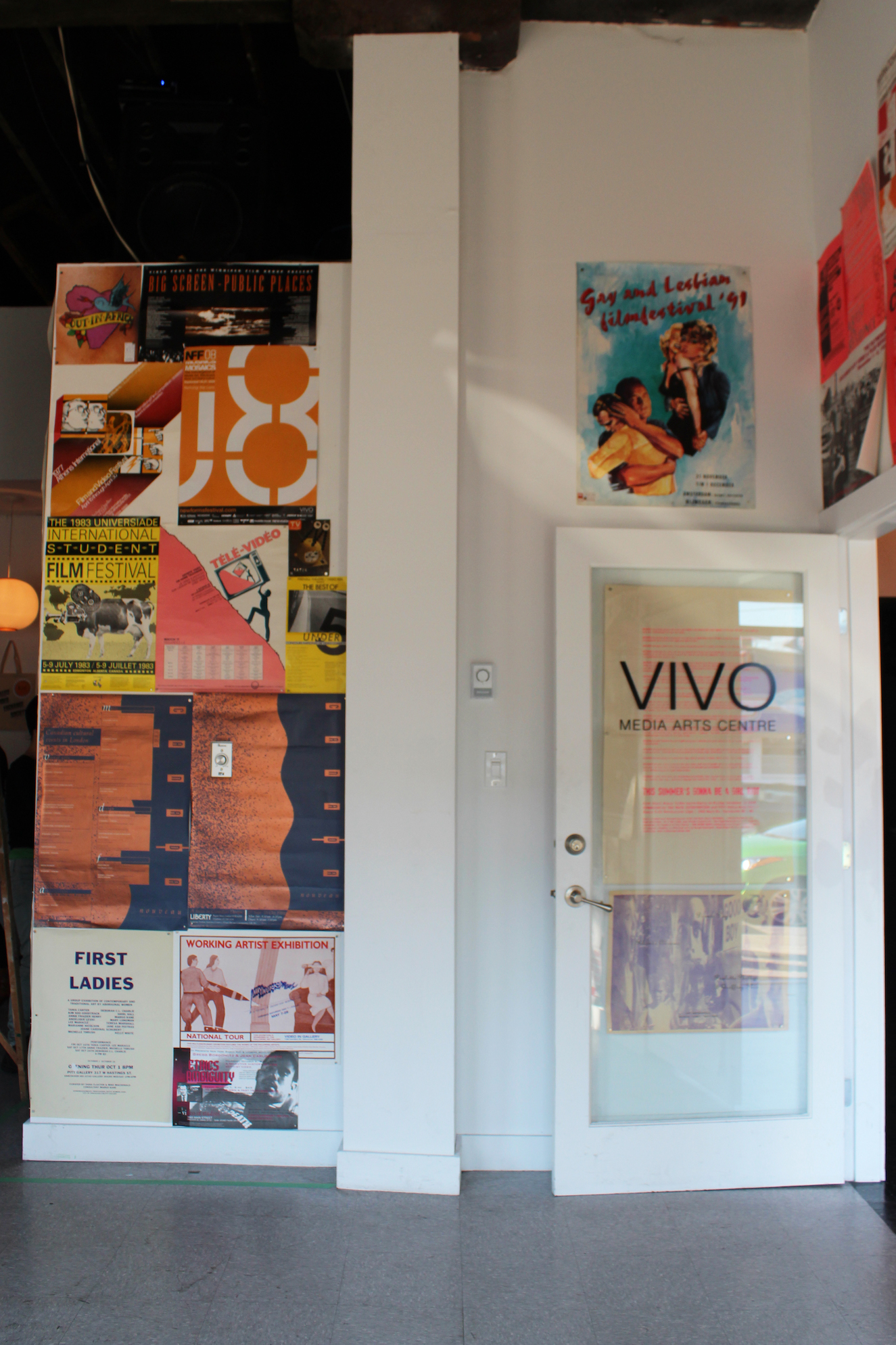 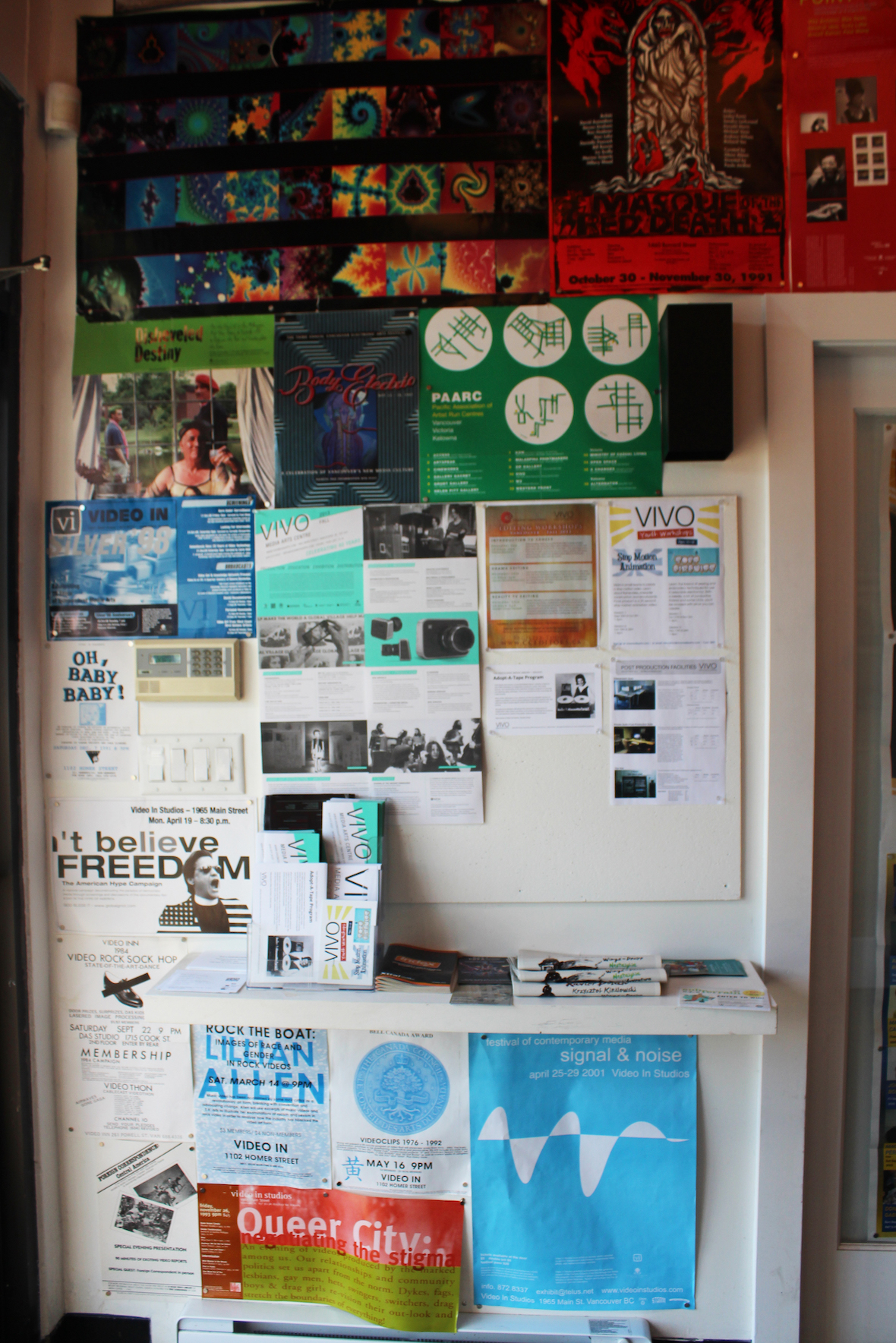 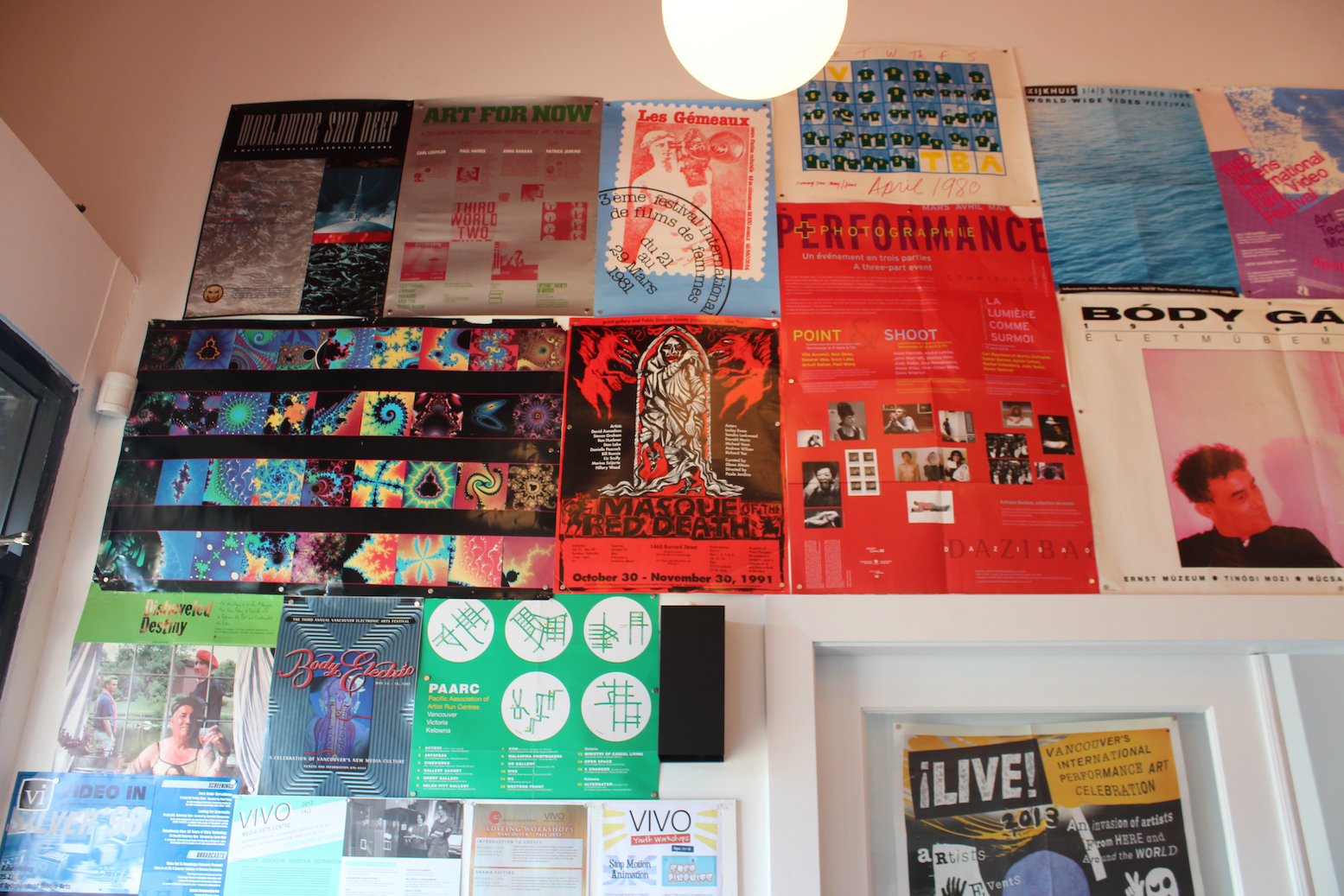 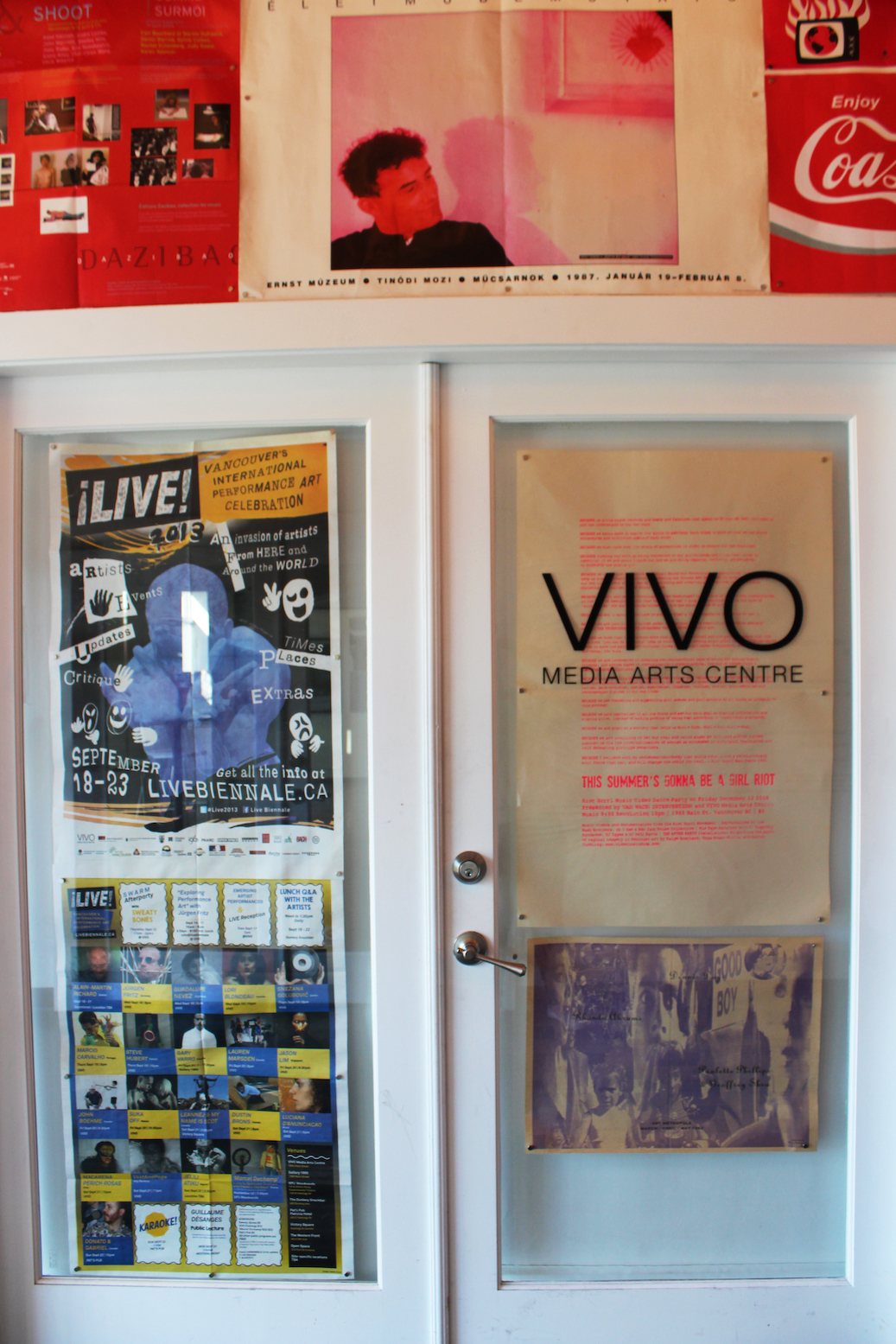