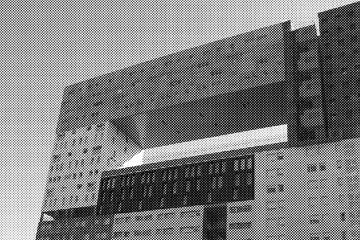 In 1969 an exhibition of conceptual works, curated by Lucy Lippard for the Vancouver Art Gallery, took the population of Greater Vancouver, then 955,000, as its title. Forty-one years later, Urban Subjects’ exhibition, 602,000refers to the median house price in Greater Vancouver in 2010. Just as Lippard’s title tallied something abstractly human in the representation of the city, 602,000 reflects the very human relations of housing, the transformation of public space, and artistic practices.The video works in 602,000 formally represent housing and domestic space as integral to public space. Moving from the scale of the body to transnational spaces of movement, these videos carefully build an aesthetic argument that housing is central to the right to the city. These works—located in Vienna and Bratislava, Madrid, Caracas, and the Netherlands— show housing and dwelling are spatial and public acts. A new video work from the neighbourhood of Gramoven in Caracas compellingly illustrates how the urban community councils have established autogestion (or self-management) in all spheres of daily life.

While residing at VIVO Urban Subjects are collaborating with the 2011 Olympic Tent Village Coalition to mount a video installation in the front windows. The installation is situated in conversation with a photo-mural of Recidencias Mirador, a social housing project in Madrid, realized by the Dutch architects MVRDV. They will also produce a poster for the Fight for the 10 Sites 2011campaign, in partnership with the Downtown Eastside Neighborhood Council.

FRIDAY MARCH 18 / Opening 7-10pm, Screening 8pm, Discussion 8:30pm
Opening// Exhibition of new works, produced in residence, “But life is not changed magically by a poetic act”and screening of Living Mega-Structures (2003/2004). Urban Subjects Ivan Drury and Amy Kazymerchyk will hold a discussion on ideas of neigbourhood and urban self-management, and about what art can say about our urban lives.

But life is not changed magically by a poetic act is a video installation that builds a narrative about autogestion (or self-management) in a community in Caracas, Venezuela. Using wall projections and an installation of monitors, “But life is not changed magically by a poetic act” sets documentary interviews, architectural and urban establishing shots, and textual elements in dialogue. Using long takes of an expropriated Coca Cola bottling plant, a small community-run brick making factory, and vernacular architecture in the barrio Gramoven, and setting these in dialogue with interviews of members of community councils in Caracas who are actively altering forms of community organizing and urban governmentality, Urban Subjects have created an installation that pursues an argument spatially, didactically, and poetically. Taking its title from a sentence written by Henri Lefebvre in the revolutionary heat of May 1968, this installation also tries to grasp a sense of the deeply affective alliances that autogestion builds in the texture of everyday urban life: how can a hybrid form of documentary and aesthetic video installation represent the textures and possibilities of urban life? Cutting across the naturalized form of documentaries “But life is not changed magically by a poetic act” opens the manner in which the community activists in Caracas take apart North American media frames of Venezuela and its social programs. What emerges is a complex moment of performance, global-local media analysis, critical reframing, and importantly, a view of housing and community that is based on a form of dual power.