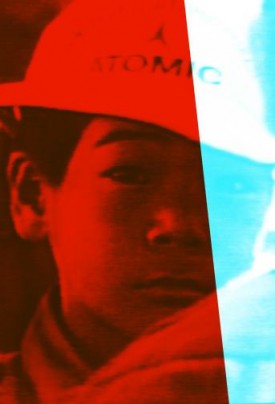 Curator Alex Muir curated a retrospective on early artist television pioneer Byron Black, who initiated Images from Infinity on Cable 10 and was affiliated with Robert Filliou’s Eternal Network, Image Bank and the Western Front. Donato Mancini has curated a series of videos that draw parallels between Santiago, Chile and Vancouver, in the early 1980s. The videos chart the economic and social struggles each city experienced during the emergence of Neoliberalism. The Chilean videos were collected through a residency and exchange with the feminist video collective C.A.D.A.. Early works by Vancouver artists Sara Diamond, Lorna Boschman and Jane Wright are also presented. Cecily Nicholson restored video documents from 1973 to 1979 that address the Oglala Sioux and American Indian Movement stand at Wounded Knee. Curated amongst them are documents of concurrent narratives on prison asylum and the civil rights movement, including a lecture given by Angela Davis at UC Berkley and a documentary on prison inmates in a San Francisco jail. A number of protests, including a gathering to stop the extradition of Leonard Peltier at the Vancouver Art Gallery will be presented. Winnipeg based Anishnabe Writer, Marie Annharte, author of Indigena Awry, Being On the Moon, Coyote Columbus Café and Exercises in Lip Pointing, was read at the live event.

Anamnesia: Unforgetting was funded by a Canada Council for The Arts Media Arts Initiatives Grant and portions presented in collaboration with DIM Cinema and The Pacific Cinémathèque.

November 15 / 7pm
What’s a sentient being like you doing in an incarnation like this?
Curated by Alex Muir
Byron Black in attendance
Byron Black (Baron Infinity) worked in film, video, and mail art in Vancouver throughout the 1970s. He hosted and produced Images from Infinity, a serialized art-television broadcast on Cable 10. In 1980 he left for Southeast Asia. An irregular trail of transnational dispatches traces the Baron’s impressions through Burma, Japan, Thailand, and Indonesia.

November 22 / 7pm
Year of the Strike, Hour of the Knife
Curated by Donato Mancini
Donato Mancini in conversation with Juan Manuel Sepulveda
Art videos and activist tapes from 1975–1989 that publicize the dialectic of Santiago, Chile and Vancouver, Canada within neoliberal mythology. Each tape engages multiple modes of resistance, in negotiation with the (always archival) process and structure of documentary.

Juan Manuel Sepulveda is a graduate of the National Autonomous University of Mexico Film School (CUEC-UNAM). In 2011 he won the Best Documentary Short Award at the Cinema du Réel Festival in Paris, with the film EXTRAÑO RUMOR DE LA TIERRA CUANDO SE ABRE UN SURCO (THE STRANGE SOUND OF THE LAND BEING OPENED IN A FURROW). His most recent feature film LECCIONES PARA UNA GUERRA (LESSONS FOR A WAR) won an Honorary Mention at the Morelia International Film Festival. Currently, he is pursuing a Master in Fine Arts at Simon Fraser University in Vancouver and pre-producing his third feature documentary OPPENHEIMER PARK.

Marie Annharte Aka Annharte is an Anishinabe grandmother and writer.  Current works are Indigena Awry, poetry volume, and a collection of essays to be released this fall.  Her project Nokomis Storyteller Theatre connects with a cross-generational audience in Winnipeg. Publication credits: Being On the Moon, Coyote Columbus Café andExercises in Lip Pointing.

The publication consists of an introduction by Sharon Bradley on the history of the Satellite Video Exchange Society (SVES), and the emergence of the Crista Dahl Media Library & Archive. Amy Kazymerchyk contextualizes the curator’s programs, and their collaboration with VIVO over the past four years, within the history of social and cultural production at SVES. Alex Muir extrapolates  upon early artist-television pioneer Byron Black’s international practice, his Images from Infinity program on Cable 10, and his affiliation with Robert Filliou’s Eternal Network, Image Bank, and the Western Front. Donato Mancini situates his curatorial frame within broader discourses on polytemporality, polyrhythmia, and the archive, in literature, cinema, and poetry. Cecily Nicholson reflects upon the legacy of the Oglala Sioux and American Indian Movement stand at Wounded Knee, prison asylum activism, and the civil rights movement, on contemporary movements, and political and cultural engagement. All contributors interviewed Crista Dahl about the inception of the video library and viewing lounge at SVES’ first Powell St. location, the international outreach of the Satellite Video Exchange project, the evolution of the library & archive, and its collaboration with Video Out Distribution.

The publication is 200 pages, with 16 colour plates of video stills, numerous black and white photos of the original video library and viewing lounge at 261 Powell St., postcards, letters, and day book and log books scans, from the archive’s print collection. The publication is designed by The Future.