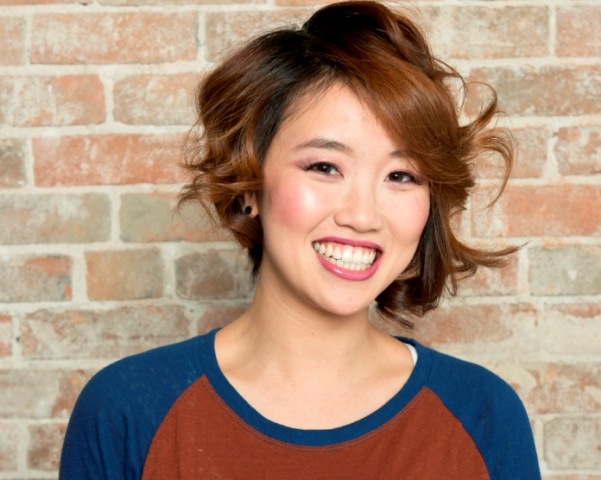 Natalie Tin Yin Gan is a contemporary dance artist specializing in improvisation and interdisciplinary collaboration. She has the privilege of living and working on the unceded territories of the Coast Salish, land that is commonly referred to as Vancouver, British Columbia. She has also been known to return from Hong Kong, Malaysia, Taiwan, Singapore, Lebanon, and Ghana. She has played rugby, played piano, played mind games, played mahjong, played brave, played white, played yellow, and played an iguana in her theatre stage debut in 2004. She is a late sleeper, a late riser, a late bloomer, a latecomer, and a late-night snacker. She is the co-Artistic Director of Hong Kong Exile.