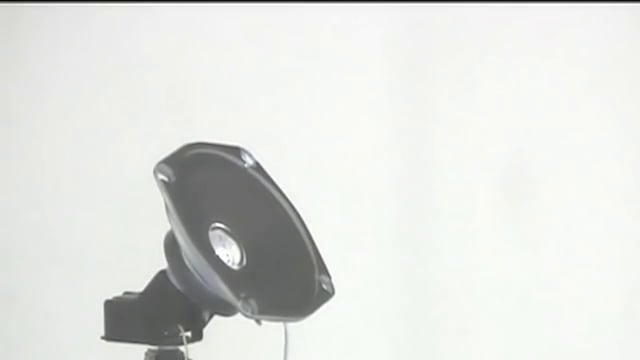 ISEA 2015 at VIVO | Spotted Sentients: Dispatches from an Uneven Frontier

VIVO Media Arts is pleased to host an evening of screenings, performance and installation drawn from the practices of attendants of ISEA2015. The conference thematic provokes us to consider our own historical situation within an interim of crisis and flux. In a period of social, political, industrial and environmental impasse, broad and diverse groups of people have been formally committed to a haphazard exploration of un/de-regulated interstices of the physical and the virtual in hopes of finding work-arounds, new grades of pay dirt—and perhaps even the odd revolutionary silver bullet.

In over 40 years of existence, VIVO has aspired to foster, whenever possible, the space of tenuous creative exploration that is traced out by ISEA’s thematics. Often, such space issues forth prototypes with spiky cyberpunk physicality: clunky, not yet streamlined, grotesque, speckled with the historically residual. Several of the works featured at VIVO are deliberately rudimentary—playful but also underdetermined to the end of making much space for their interlocutors. Both work and platform, they are typically simple and crude metaphors and metonyms that nonetheless touch on profound questions of subjecthood and collectivity, and point at the unfurling dimensions of cognition. In interview, Brady Marks characterizes her 3D volumetric display as a means for artists to explore the nascent gestures and vocabulary of a new medium before the contours of its use are inevitably influenced by its corporate capture and release. Elsewhere the wispy swivel of Jeremy Keenan’s “animated feedback object” evokes the tentative scale and affect of fable or parable […]

We Are With You
Brady Marks
An intrinsic quality of a two-dimensional image is it’s single point of view. Much of visual art has struggled against this flatness, most successfully in sculpture, film and mixed media. However, recent 3D Film/TV (stereoscopic displays) have failed to add a significant point of view, because they are still rooted in a single perspective. The implication is that the viewer is rendered immobile. Their movement and physicality is mute. As a counterpoint to these stereoscopic displays, “We Are With You” encourages the viewer to move in relation to a 3D animated sculpture. This 3D Volumetric Display is more of a Tannenbaum or Bonfire. It is very different in that it is viewed in the round, revealing itself with movement, sharing our physical space and allows interaction between viewers. “We Are With You” is a platform for artistic enquiry in 3D space. It is a new medium, continuing on from the 19th century experiments with the Zoetropes. It has been used to create 3D Puppets, A Laboratory for Synthetic Psychology, Interactive 3D Drawing and of course 3D Pong.

Three Hollywood Grammars: Conversation, Chase, Shootout Angela Ferraiolo
Three Hollywood Grammars is a computational video made by deconstructing three classic scenes from Hollywood cinema: the A/B walk-and-talk conversation essential to police procedurals, the ‘mano à mano’ shootout of neo-noir thrillers, and the gritty urban chase scene of 70s Hollywood realism. Each of these iconic cinematic patterns was deconstructed, edited, color graded, and exported as single frames. For exhibition, these frames are then reconfigured through the use of sequencing grammars and computer algorithms to generate a disrupted video montage that emphasizes pattern over story. Sound is distorted through the use of granular synthesis. The result is a portrait of the structures and routines that form the basis of American movie montage. Viewers engage the deep structure of Hollywood cinema rather than any forward progression of story. The results feel both familiar and startling, informative of the visual patterns residing as archetypes in popular cinema. Beyond this, the repetitions and pattern making revealed by algorithmic recombination make these experiments arresting visual statements in their own right.

Gain Stage
Ed Osborn
Gain Stage is a kinetic sound installation that sounds out and shapes acoustic space in relation to a series of physical and mechanical tableaus. Each tableau focuses on a single device or object which involves a process of mechanical amplification or motion. The movements in each tableau are amplified so that their sounds are heard in varying combinations from speakers spread throughout the space. The sounds are processed to produce an elliptical relationship between the tableau and the sound of the movements it shows: they are filtered or delayed, and often heard at a distance. This processing changes over time, so as each tableau unfolds the sounds associated with it move in and out of acoustic focus. The title comes from the technical term for electronic signal amplification. Here it refers both to the forms of mechanical amplification on display and it describes the situation of the piece itself as a platform for multiple experiences of gain staging.

Future in Progress
Error 43 (Frederico Pimpao)
The project has emerged from a new spacial perspective. We were sensitively searching to transport the human being to a new imaginary created in real time. This notion receives the physical world inputs on formal, visual and audio levels. We aim to transport the human being inside of a new city that is transforming itself on a temporal scale. The hardware and software of the city present themselves on a minor scale, different from the one that the observer is accustomed. In this way we are trying that the human being has an almost divine relation with the created space.

Hybrid Spaces and Ear to Mouth II
Call and Response Collective (Tom Slater and Jeremy Keenan)
Hybrid Spaces interrogates whether or not three dimensional audiovisual imaging technologies can act as a clear cut barrier separating digital space and physical space and raises the question: are virtual objects now capable of generating the same perceptual effects as real objects? By converging laser beam projections with OpenGL graphics and sound source panning, the installation induces an ambiguity of multi-stable, digital/physical space.
Ear to Mouth is a kinetic, generative sound installation using a moving speaker, 4 modified microphones, and processed speaker feedback. The amplitude of feedback influences the subsequent movement of the speaker, which creates further changes in the patterns of feedback. The piece is part of a series initiated with an interest in remote signals, such as mobile networks, and how they affect the movement of human bodies in physical space. The pervasive multitude of distant signals appears to be an invisible process, but has a tangible influence on the domain of the flesh.

Coincidence Engines
Emmanuel Madan
The piece is part of Madan’s ongoing engagement as part of the Montréal-based collective [The User] with the ideas of György Ligeti surrounding determinacy and indeterminacy in complex mechanical systems. The performer selects from a large pool of ostensibly identical clocks, placing these on one of several metal surfaces to which contact microphones are affixed. The performance relies on the subtle differences between each of the clocks, their rhythmic and timbral distinctions highlighted by the resonating characteristics of the metal sheets.
The Coincidence Engines series was begun by [The User] in 2008. Earlier works in the series include Coincidence Engine One: Universal Peopleʼs Republic Time and Coincidence Engine Two: Approximate demarcator of constellations in other cosmos.

Ed Osborn‘s sound art pieces take many forms including installation, sculpture, radio, video, performance, and public projects. His works combine a visceral sense of space, aurality, and motion with a precise economy of materials. Ranging from rumbling fans and sounding train sets to squirming music boxes and delicate feedback networks, Osborn’s kinetic and audible pieces function as resonating systems that are by turns playful and oblique, engaging and enigmatic. Osborn has performed, exhibited, and lectured, and held residencies throughout the United States, Canada, Europe, Australia, New Zealand, and South America. The recipient of many awards including a DAAD Artists-in-Berlin Stipendium and a Guggenheim Fellowship, he on the faculty of the Visual Art Department at Brown University.

Error 43: Our research has always been about transporting the human being to an imaginary space. We are all architecture students and the major part of our developed works has the objective of imagening human living. We always looked at space and at the human being as an unique structure. It has always bothered us the relationship between the space created by technology. Another place on which we have even less control than the one in which we live in. The search for the digital environment as an integrant part of the environment in which we live on seems to us a path to explore.

Tom Slater is an artist and researcher who works with digital media and physical computing to build immersive audiovisual environments. Currently a director of Call & Response and PhD researcher at University College Falmouth, Tom’s creative practice revolves around how sound and image producing technologies affect our understanding of spatial dis/embodiment.Jeremy Keenan‘s practice has manifested as sonic art, music, multichannel sound, and immersive performance. His current line of practice surrounds ideas of feedback, the reconfiguration of familiar audio tools like speakers and microphones, and the communicative possibilities inherent in sound. Jeremy builds sonic artworks using motion, feedback, and light. Jeremy has a PhD in Studio Composition from Goldsmiths College. He is a director of the London based sonic arts collective Call & Response. Jeremy Keenan is of no known relation to the anthropologist of the same name.

Emmanuel Madan is a composer, sound artist, and curator based in Montréal. He studied electro-acoustic composition in the early 1990s under the direction of Francis Dhomont. He then spent five years working in community radio broadcasting as an engineer, journalist, and producer. Since 1998, Madan’s main focus has been an artistic collaboration with architect Thomas McIntosh known by the name [The User]. To date, this duo has produced three major projects: Symphony for dot matrix printers, Silophone, and Coincidence Engines.