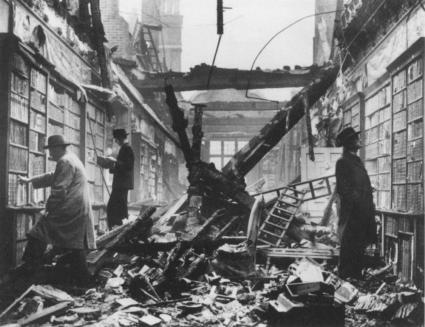 Appearing in the journal October in Spring 2001, this essay grew out of Cadava’s prior meditations on the photographic image and its relation to history. If, as Walter Benjamin wrote, there is no necessary connection between an empirical event and the time of its occurance, then history can be understood as a constellation of ruins, shaken loose from the linear and recoverable only by a present that is capable of “reading” them. History in its most Benjaminian sense–spatial rather than chronological–is where Cadava situates the image in question. Freed from any inextricable relation to what it portrays, the photographic image belongs to the future as well as to multiple pasts. If the text’s tone feels both melancholy and rhapsodic, it might be because, as Cadava suggests, the ruined and disappearing image has thrilling possibilities for an activist present.

Eduardo Cadava is a contemporary American literary critic, thinker and translator. He has written extensively on, among other things, philosophy, photography, architecture, music, democracy, memory, war, and the ethics of decision. He has also published books on Benjamin and Emerson. Cadava is on the faculty of Princeton University and a professor at the European Graduate School in Switzerland.

Penelope Hetherington is a performer and emerging installation artist based in Vancouver.

Alex has been involved with VIVO for several years, in many capacities, including video restoration, installation, distribution, and various programming endeavours. He also programs experimental radio for Soundscapes on CFRO. He has a degree in film studies and comparative literature from the University of Alberta.