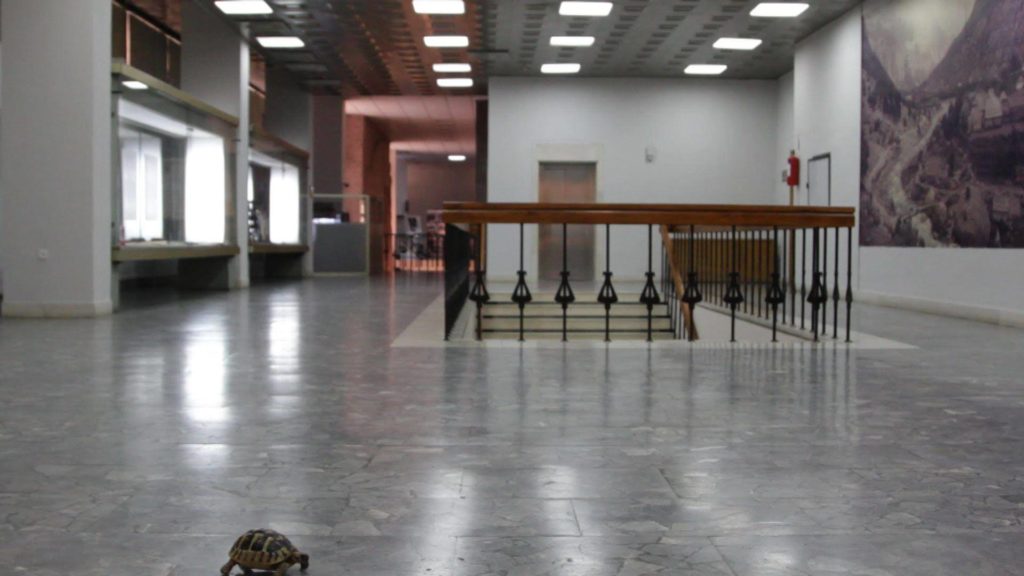 VIVO Media Arts and Video Out are pleased to invite you to join us for Too Soon, a selection of video work drawn from a call for submissions that was circulated in the spring. The call, (http://www.vivomediaarts.com/call-for-submissions-too-soon/) invited video producers to submit works that deal with contemporary experiences of history. Internationally, nationally and locally we received many excellent submissions from which we have drawn together the following screening program.

The screening runs roughly one hour in length. There will be a brief intermission and an opportunity for discussion at the end. Drinks and concession as well as complimentary popcorn will be on-hand.

Private Parts is a document of how police raided the eponymous, allegedly pornographic photography exhibition, organized by students of the Rhode Island School of Design. In response to a newly passed Obscenity Law just days prior to the opening, McDonald’s journalistic footage of the show and raid, along with the subsequent news story, provides coverage of the controversial exhibition from all sides.

A dynamic camera surveys a stretch of lunar land from above, as the first manned mission to the moon tries to target its location for landing. A voice-over recounts the impressions of the 19th century traveller, Chateaubriand, after visiting an ancient site for the first time. The visual exploration of the unknown, juxtaposed against the recounting of an old travelogue, makes for an interesting tension as the viewer is asked to simultaneously revisit different moments of conquest.

In Racco’s visual essay, Mezamaro (“Mediterranean” in Esperanto), she skillfully weaves together an array of media from archival reproductions to self-shot footage, inviting the viewer on a historical inquiry of human conquest.  Mezomaro’s narrative grows outward, using the tiny island of Lampedusa as a entry point into philosophical questions of how we got here, and where to go next.

When our protagonist, the ‘Actor’ is immobilized by stage fright, all attention falls onto the ‘Hero,’ a gruff archetype based on the Marlboro Cowboy.  He takes the spotlight to deliver a cliché-ridden monologue pieced together from old Marlboro campaigns and psychoanalytic portraits of the smoking cowboy.  The comically serious self-reflexivity of these two men reveal the inherent power dynamic that lies at the root of all capitalist narratives.

The WSÁNEC First Nations take a revolutionary step to reclaim and re-name PKOLS, a sacred mountain in their traditional territory formerly known as Mt. Douglas (after the Colonial Governor Sir James Douglas).

Using appropriated footage from old documentaries and films that lean towards post-WWII nostalgia, Rolling On reflects on how the gendered gaze operates as the colonizing gaze.

Vancouver’s metro system, the “SkyTrain” is subject to inquiry in Rostad’s video, one that is both a lively formalist experiment and a gently critical portrayal of the bureaucratic veneer that is the public sector.

In the impassive labyrinth of a historical museum, a place that seems to have lost its chronology, paranoia is growing out of an unsurpassable contradiction: a moving present has to keep frozen a past that would rather escape. A turtle, like a prehistoric silence, almost takes on the role of a museum object, dismantling both the historical and filmic narrative.

Laurie McDonald is the recipient of a National Endowment for the Arts Visual Artist Fellowship, four American Film Institute/NEA Fellowships and was twice-nominated for the Alpert Award in the Arts from CalArts, Los Angeles.  Her video work has been exhibited in museums, galleries, and festivals nationally and internationally including the Museum of Modern Art, the Metropolitan Museum of Art, the School of the Art Institute of Chicago, the Festival du Cinema, the Tokyo Video Festival, and the Gallery of Modern Art in Rome.  In addition to a BFA in film and video from the Rhode Island School of Design, she holds an MA in Literature from the University of Houston and is a member of Sigma Tau Delta, the International English Honor Society.

Maria Antelman (b. 1971, Athens, Greece) is multi-media artist based in New York. She studied Art History at the Complutense University in Madrid and received her MFA from Columbia University (2011). Her work has been included in solo and group exhibitions at Helena Anrather Gallery, NY (2019); Pioneer Works, Brooklyn (2018); National Museum of Contemporary Art, Athens (2018); Benaki Museum, Athens (2018); John Jay College, NY (2018); Marinaro Gallery, NY (2018), and others.  She has held residencies at Pioneer Works, Brooklyn and International Studio and Curatorial Program, NY. 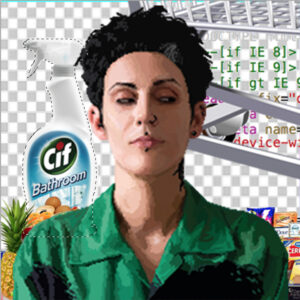 Sandra Araújo is a visual artist that spent endless hours shooting at monsters and strolling through mazes. So, it only felt natural for her to evolve through an experimental and explorative process of the visual culture of video games and popular gif files in her animations. She still plays old school computer games. 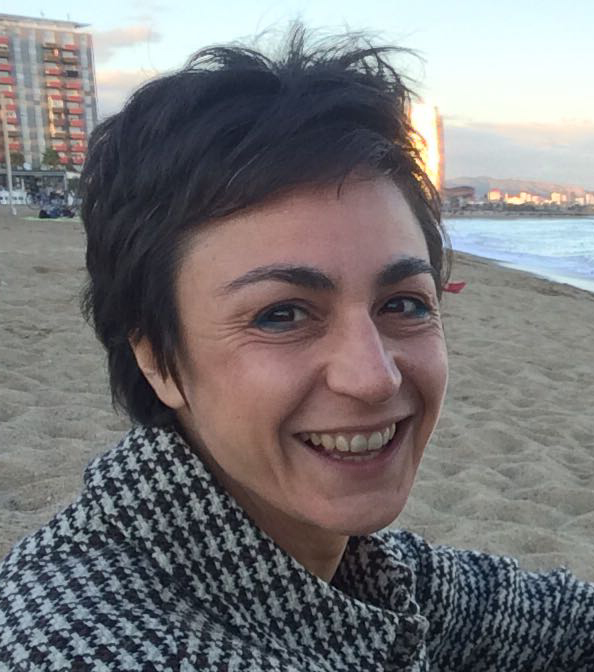 Giuliana Racco (b. 1976 in Toronto, Canada) has been based in Europe since 2002. She completed her graduate degree in Visual Arts at the IUAV University in Venice, and later worked as an Assistant Professor in the visual arts courses held by Lewis Baltz.  Drawing on fieldwork, archival research and collective narration, Racco constantly questions the filters through which basic concepts of Western culture are perceived. She is interested in language processes, desire and movement, merging both the intellectual and emotional, the poetic and the political, particularly concerning workers, migrants and refugees. Her work is formalized through drawing, print and digital media, installation and public intervention.

Marko Schiefelbein is a German media artist based in Berlin.  His work analyzes the language and images of the advertising industry to extract its impact during the process of the construction and reproduction of identity in our consumer society.  His works were shown in various exhibitions and video art festivals internationally, such as Rencontres Internationales Palais de Tokyo (2012), International Media Art Biennale Wroclaw (2013), Kurzfilmtage Oberhausen (2015), AMNUA Art Musuem Nanjing (2014), and others.

Steven Davies is a filmmaker and media artist of Coast Salish (Snuneymuxw) and European descent. He makes films and media art that focus on Indigenous histories and epistemologies to educate himself and others. Steven's films have screened in film festivals nationally and internationally and have been featured in group exhibitions at the Winnipeg Art Gallery, Nanaimo Art Gallery, and the AGGV. He is a grateful recipient of a BC Creative Achievement Award for First Nations Art (2017) and is currently completing an MFA at the University of British Columbia.

Jamie Si Chen, was born in Tianjin, China. She graduated from Emily Carr University of Art and Design, Visual Art major in 2017. Si Chen’s art practice includes painting, sculpture, media art and photography. In her work, there’s always a melancholy or humorous style. Her visual conversations are often set up in an ideological context and on humanity level, which she aims to make the visual conversation relatable to individuals. Her media works more often deal with memory and psychological experiences. 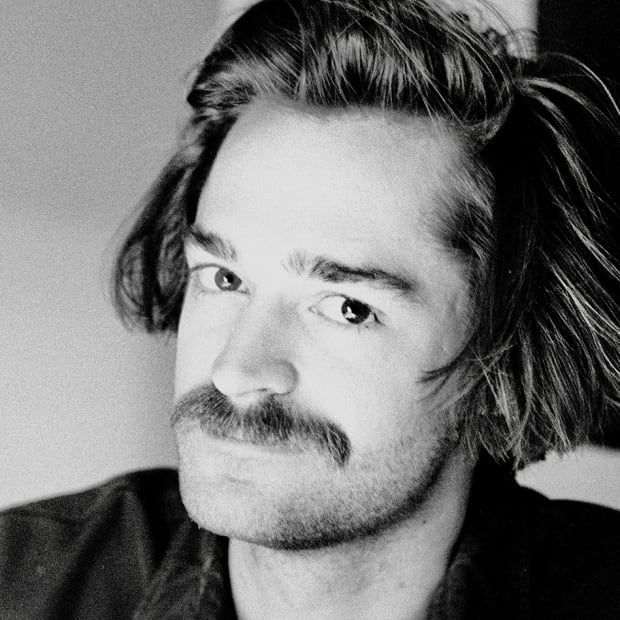 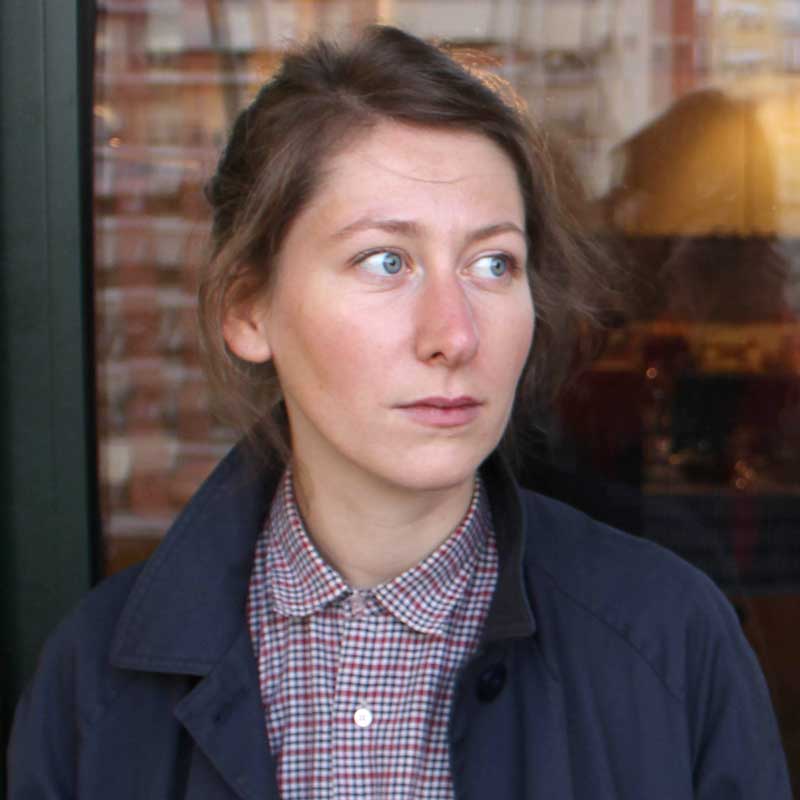 Gaëlle Cognée (France,1988) graduated from the Ecole Nationale Supérieure des Beaux-Arts in Lyon, then at Emily Carr University of Arts in Vancouver and finally graduated from Ecole Nationale Supérieure d’Arts Paris-Cergy in 2013. During her studies she initiated the collective project Plafond which aimed to exhibit outside of the common white cube in a site-specific approach. Plafond is now composed of six artists and had exhibited in an old factory in Botz-en-Mauges (Plafond I and II), in the artist-run space Der Kanal in Berlin (Muskel) and in different highschools in Paris, Dornes and Decize (Les Méprises and Paysage pour un pickpocket).