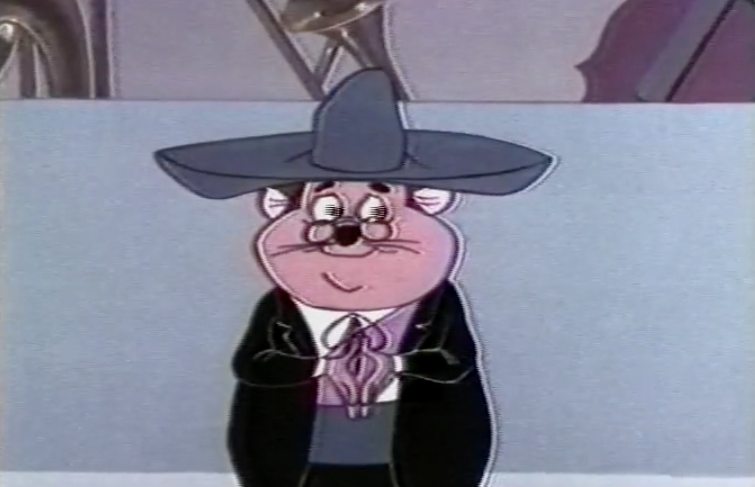 Synopsis:
This smart and funny video draws upon source material from American and Mexican popular media, and live-action footage shot in the Los Angeles-Tijuana border region. This video work examines how Mexican and North American identity is constructed through First and Third World media, the political economy of Free Trade, tourism, Mexican labour and immigration. The video also interrogates the hybridity of Mexican/American cultural forms like Speedy Gonzales and Mickey Mouse, and demonstrates how these images are appropriated and reconfigured.

Aaron Anish’s video practice commonly executes an attack on television through a satirical examination of the popular media but also through commenting on the general portrayal of Mexicans within American culture as well as the idiosyncratic nature of Mexican and American interaction.

Rubén Ortiz-Torres began his career as a photographer, printmaker, and painter in the early 1980s, well before he received his M.F.A. from the California Institute of Arts in 1992. Ortiz-Torres is a Mexican-born artist who has been living and working in Los Angeles since 1990. Ortiz-Torres is widely regarded as one of today’s leading Mexican artists and as an innovator in the 1980s of a specifically Mexican form of postmodernism. Over the past ten years, he has produced a body of work in a wide range of media — extended series of photographs, series of altered readymades, a feature film, several videos (including three in 3D), large scale video installations, major painting series, sculptures, customized cars and machines, photocollages, performances and curated exhibitions. Since 1982, Ortiz-Torres’s work has been featured in 25 solo exhibitions, over 100 group shows in the United States, Europe, Australia, New Zealand, and Canada, and more than 50 screenings of his films and video works. Over 150 written pieces cover his work in mainstream media such as The Los Angeles Times, The New York Times, Reforma (Mexico), La Jornada (Mexico), and El Pais (Spain); in significant art world publications with international circulation such as ArtForum, Art Images, Frieze, New Art Examiner, Poliester, Bomb, Flash Art, and Art in America; and in numerous exhibition catalogues and books. Ortiz-Torres has been the recipient of numerous awards and grants from, to name a few, teh Andrea Frank Foundation, the Foundations for Contemporary Performance Art, the U.S. Mexico Fund for Culture, the Louis Comfort Tiffany Foundation, the Banff Center for the Arts, and the Fullbright Foundation.