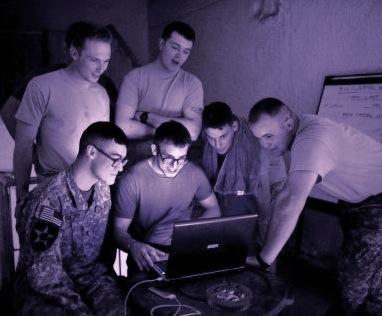 NOT SENT LETTERS & GUESTS form public constellations of engaged interdisciplinary and durational practice, un-compromised by the realpolitik conditions of contemporary art as a competitive professional sphere. Jeremy Todd organizes each event as an extension of his continuous Not Sent Letters project. The interrelatedness of art, society and everyday life is critically explored amongst a diverse plurality of artists and publics.

BOBBI KOZINUK, a Vancouver-based media artist, technician and curator, utilizes readings, projection and audience participation to recreate scenes found within a 1970s behavioural manual for young women.  Bobbi has worked extensively within artist-run culture across Canada, exhibits work internationally and teaches electronics for artists at the University of British Columbia.

JILL HENDERSON & MICHAEL DREBERT collaborate within a live drawing performance, trading words and shapes between each other and the audience.  This work is presented in conjunction with THE DRAWING SALON, a traveling program of drawing workshops founded by Jill Henderson and Hannah Hughes and led by artists:http://thedrawingsalon.org Michael Drebert is an interdisciplinary artist from the Lower Mainland who led the Drawing Salon workshop “Mountain” in 2011.

ALEX MUIR debuts Late, Then Never, a sound and picture show.  Alex was once VIVO’s utility boy, and although he never slept a night in the VIVO studio, he’s certainly napped there, and in coming back now and then, he feels more and more like it could be his bedroom. In such a capacity he is a bedroom producer.

MANGINA, the eclectic Vancouver-based duo of FREDERICK CUMMINGS & JAMES DIAMOND, perform a spectacular two-song set.  After opening for Ryan Trecartin at ECU in 2009, they’ve strutted their stuff at a Girls Rock Camp benefit, Centre A during the 2010 Winter Olympics, BLIM for Music Waste and Fake Jazz at the Astoria.

A new NOT SENT LETTERS SET selected from http://notsentlettersproject.com includes letters to Willing Conflators of Henry David Thoreau and Jeremy Todd, Northern Ontario Towns, and My Newsfeed, with readings, video and projections by JEREMY TODD, performance by MARGARET DRAGU and live scores by ZUZIA JUSZKIEWICZ.

NOT SENT LETTERS is an ongoing entanglement by Jeremy Todd with the production of meaning, self and cultural memory, involving online image/text posts (since 2005), digital film shorts, interdisciplinary performance works and cooperatively realized public events.

FOR NOTIFICATIONS and news join the project facebook page: https://www.facebook.com/pages/Not-Sent-Letters-Project/147882091946917

EMAIL Jeremy to host or contribute to a future Not Sent Letters & Guests event: jeremytodd@notsentlettersproject.com

All Events + Exhibitions are free. Public funding and membership fees subsidize our programming. Please become a Supporting Member for $15 at the next event and keep VIVO accessible.